Almost every year for the past 20 years, some friends and I have done a long distance walk.  Usually we do it in a sort of relay, but this year we did it all together.  The challenge for 2015 was the first 50 (or so) miles of Britain’s longest National Trail, the South West Coast path, which runs all the way around the south west coast of England to Poole, 360 miles later.  We started at Minehead and finished at Croyde, 3 days later.  Despite the changeable weather a great time was had by all.  Thanks guys – I’m looking forward to next year already !

A very controversial statue by Damien Hirst, as it’s of a pregnant lady cut away on one side to show the ‘insides’. 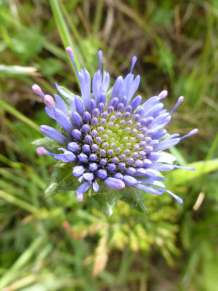 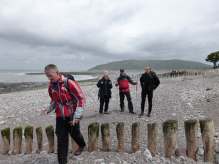 From L to R: Tim, Liam, Pete and Colin

From L to R: Colin, Liam, Pete, Tim and Dave 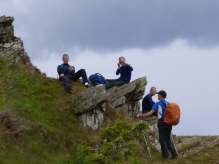 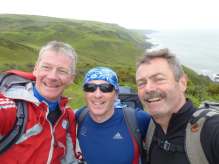 Tim takes a selfie with Dave and me.