It’s impossible to describe a walk in the UK without talking about the weather.  I should have mentioned in my post yesterday, that the morning had been fine, but the waterproofs went on as we left the pub in Horsehouse. (My apologies, I called it Horsehouses yesterday).  Brief showers were followed by a continued downpour for the last 2 to 3 miles into Kettlewell, where we decided to walk down the road as the moor was shrouded in mist and visibility was down to around 50 yards.  (One car even stopped to ask if we were OK, it was THAT bad!)

Anyway, I mention this because, although Day 2 to Grassington proved to be relatively dry from above, it was pretty damp underfoot and the overnight rain had swelled the rivers so that they were running in full spate.

Our route took us east, then south over Conistone Moor, descending along Hebden Beck, where we had to improvise our crossing over to the east side.  The river was so swollen, it was impossible to cross at the ford.  From there we went through Hole Bottom (I kid you not, these place names are genuine), to Hebden, where we had a choice between the Tea Room and the Clarendon Hotel.  So, purely in the interests of research and this post of course, we chose the latter. 🙂  Though we did pop in to the Tea room to purchase a delicious granola bar (as they had no pies to take away).

After crossing the River Wharfe, we turned west across fields and through yet more drystone walls, to the beautiful village of Linton.  Apart from the Fountaine Inn, a beautiful village green and an old packhorse bridge, this is where you will find Fountaine’s Hospital, an ex-almshouse, built in 1721 and designed by Sir John Vanbrugh (according to Wiki).  We of course preferred the view inside the pub. 😉

Refreshed, we then headed the mile or so north to Grassington and over the bridge at Linton Falls, where the water was crashing and tumbling at an incredible rate.  Our overnight stop was at the Black Horse Hotel.
(My apologies, I didn’t take a picture of the Forester’s Arms, the 3rd pub in the village). 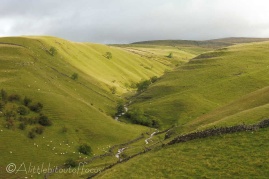 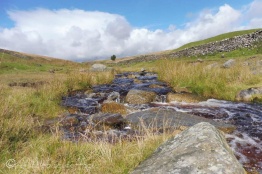 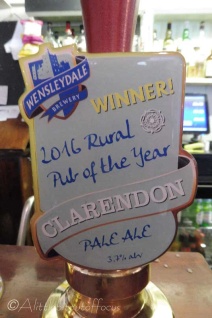 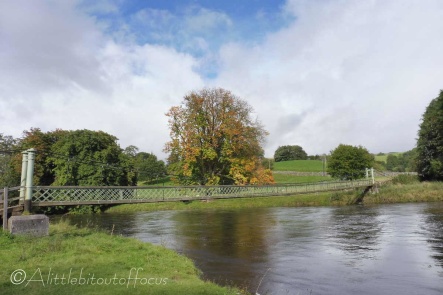 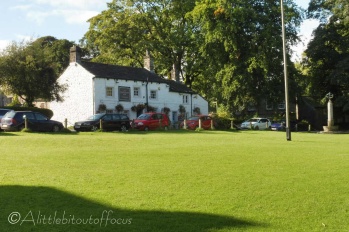 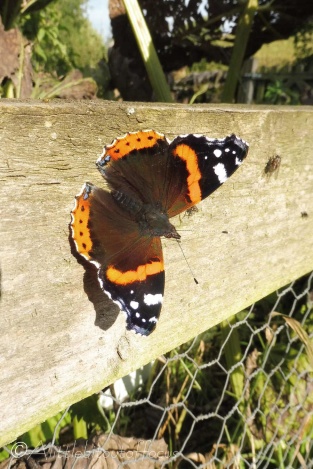 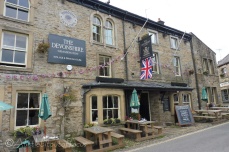 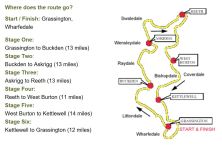