I should mention at this point that my mate Pete suffers from vertigo.  He also currently has 2 bad knees (as you can possibly tell from his knee supports in the photos) and, as Monsieur Alfonse used to say on ‘Allo ‘Allo, a dicky ticker.  Plus, he will tell you that he only has one lung.  (Of course, if this were true, he would never have been able to run a half marathon in around 76 minutes, but we have to humour him…)

That said, our route for Day 2 looked simple enough on paper – a descent back down the path we had climbed the day before, a casual stroll along the valley floor, over the Col du Rawil and then up to the wonderfully (and as it turned out appropriately named) Col des Eaux Froides (Cold Waters), before dropping down again to the Cabane des Audannes.  It’s a distance of no more than 7 miles and around 750m (or 2,500ft) of ascent.  Simple.

However, the forecast was for rain by mid afternoon and what we didn’t know, was that there was a huge area of limestone to cross, which involved scrambling up and down over the sharp rocks.  Apart from the danger of falling down one of the many gullies, one slip and you could have been cut to ribbons.  This was not ideal with rain imminent.  So we pushed on, very carefully of course, foregoing our lunchtime picnic and we managed to reach the Col des Eaux Froides just as the clouds were gathering.  A flurry of white stuff started to descend, the wind got up and the air was increasingly cold.   Somewhat different to our previous 2 days.  (New readers to this series, please see the images from Day 1 and Day 2).

Even once inside the mountain hut, all was not as cozy as it might seem, as the toilets were in a small building outside.  This is just about visible to the right of the main building in some of the last photos.

As before, Pete’s photos are suitably watermarked. 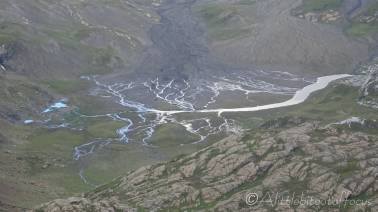 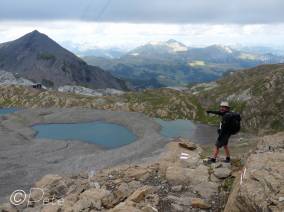 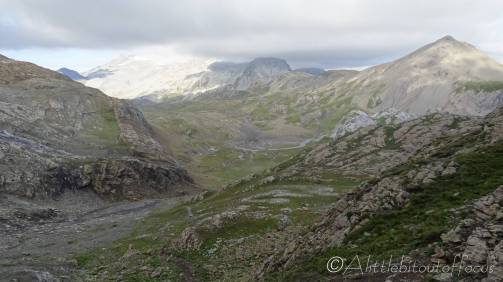 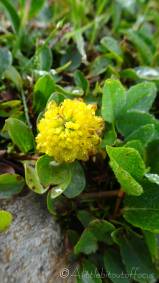 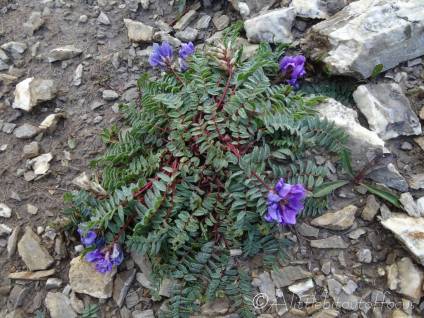 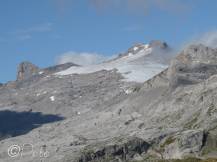 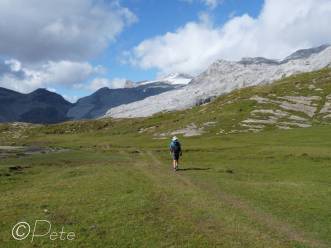 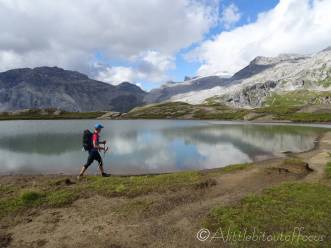 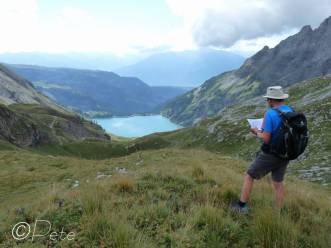 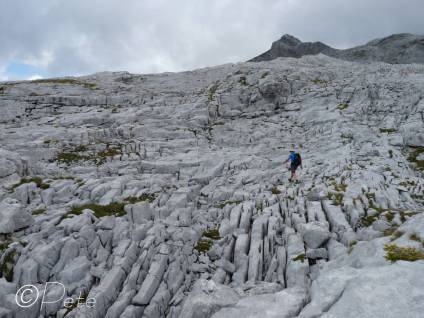 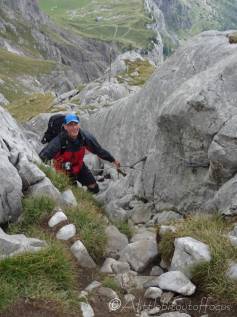 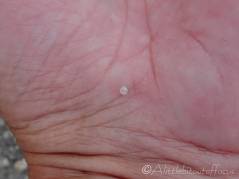