Béplan is (normally) a small lake or pond on the way up to the Col du Torrent but, after the overnight, sub-zero temperatures, I was expecting it to be frozen.  However, what I wasn’t expecting was for it to be still covered in snow!  Even though that slope faces south, the sunshine has obviously not worked its magic at 2,500 metres / 8,300 feet yet.  (This is one of the reasons it’s better to go walking in the Alps from late June or even mid-July until, maybe, the end of October – especially if you want to go to the top of some mountains! 🙂 )

It was a glorious day though and I was pleased to get a reasonable picture of one of the two Chamoix I spotted on the way up to Villa.  We’re also seeing a lot more birds arriving and making the most of our tree and feeder. 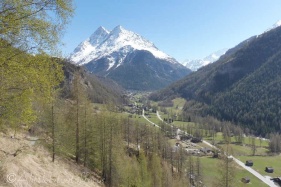 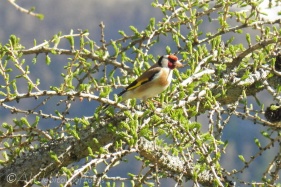 6 thoughts on “Walk to Béplan”