So, today I took some of Judith’s deliciously scrummy cupcakes to a friend, who works in my old office block in Vevey.   With a snowless, flat (more or less) running route all the way along the lake to Montreux (apart from a short road section), I decided it was too good a training opportunity to miss.

I’d read the other day that the statue of Freddie Mercury in Montreux had been ‘improved’, shall we say, by the addition of some green paint to his jacket, so I decided that he, or it, would be my turning point.  With classic Swiss efficiency though, the offending paint had already been removed, as you will see from the picture below.  There were also the usual temporary sculptures to admire in Montreux – this time with a gymnastics theme.

It’s only 1h 10mins drive away, but the contrast between the “Swiss Rivieira”, as it’s known, and our rural home here in Evolène, couldn’t be more marked.  The multi-million dollar apartments and 5 star hotels were gleaming in the, albeit slightly hazy, sunshine.  Also, when I left home the temperature was minus 1 degree C (30F) and in Vevey it was 9 degrees (48F).  Though on the way home, the thermometer in my car rose to 14 degrees (57F) as I approached Sion. (It always is a few degrees warmer there).

In terms of the ‘run’, I stopped when my old GPS watch said exactly 15k (or 9.3 miles) and, because I took my camera and had to stop quite a few times, (see dips in the pace chart), it took me 1h 33mins 27 secs.  Having told a few people recently that I was one-paced, I did my best to ignore the camera and up my speed at 12.5k for 500 metres and 14k to the finish but, with tiring legs, it only made a small difference. (See blue blocks on the Pace chart). 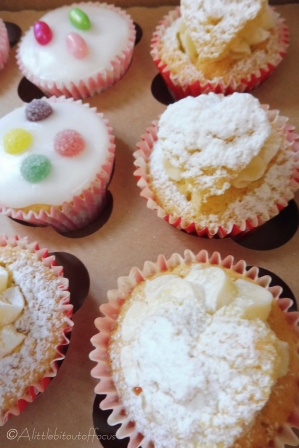 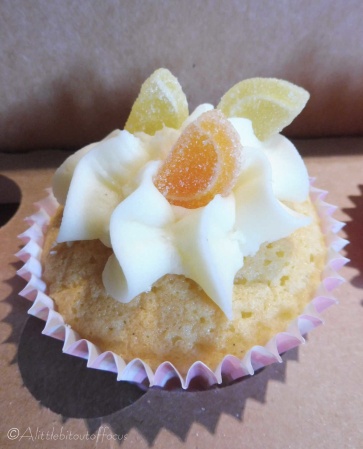 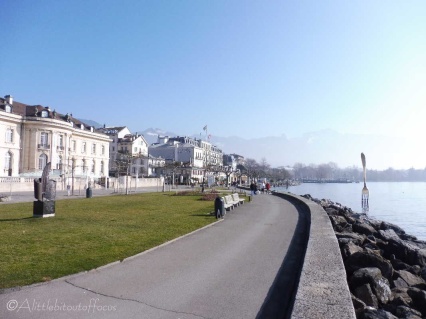 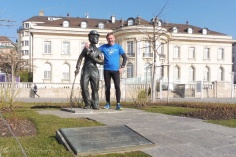 Here you can see what I mean about the ‘paunch’! 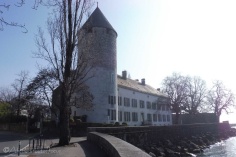 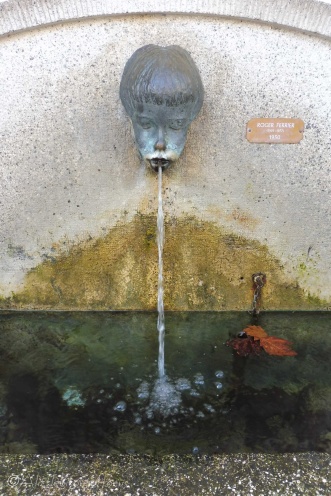 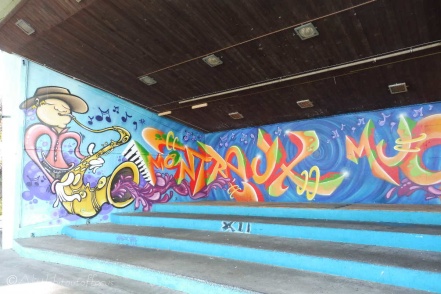