Day 4 proved to be a tale of 2 long beaches, interrupted by the pretty villages of Warkworth and Amble.  On the first, Alnmouth beach, I tried to re-enact the opening scene from Chariots of Fire, with a slow-mo type of ‘run’.  Pete has captured it quite well I think, even though my performance was poor!

South of Amble the beach went on, literally, for miles.  Part way along, we noticed some discolouration in the sand, where there appeared to be some tiny pieces of coal* washed up.  In one or two places, the effect was quite stunning – see pic 16 for an example.  Nature has a wonderful way of creating art that us humans would struggle to replicate.
*The north east of England, at one time, was quite famous for its coal mining, so we assumed it was coal.

Fittingly, we arrived in Ellington just as the sun was setting.  I hope you’ve enjoyed this little series as much as Pete and I enjoyed doing the walk itself. 🙂 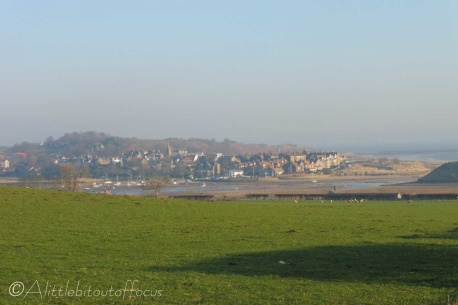 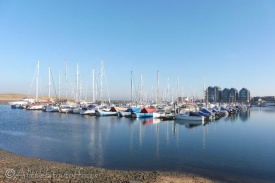 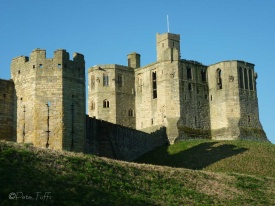 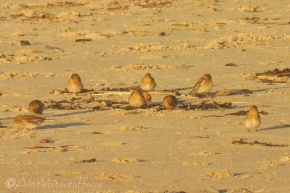 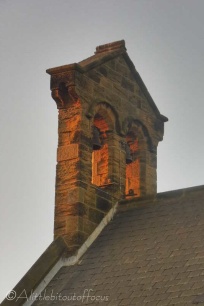