My pre-race nerves turned into excitement when I realised that there were only 6 runners registered in my over 60 category, especially given that prizes were going to be awarded to the first 3 finishers.  I couldn’t, could I…?   It was certainly another incentive to keep going when the going got tough.  (I memorised all 5 numbers of the other runners and was anxiously looking for them throughout the race, as the route doubled back on itself.  I spotted one in front and one behind me, but I’m getting ahead of myself…)

Our journey to Locarno would take us over the normally picturesque Simplon Pass, but due to the rain and low cloud, I have no pictures to share with you I’m afraid.  From there we’d drive through part of Italy and back into Switzerland.  The weather improved as we neared Lake Maggiore, so we spent a little time in Ascona before checking into our hotel in the centre of Locarno – only about 200 metres from the start/finish of the race.

The forecast for Sunday, (Race day), was for blue skies and up to 20 degrees C (68 F), which is great for spectators, but not so good for runners.  It also became apparent that there would only be distance markers at each 5k (3.1 mile) point.  This was really bad news.  As I’ve mentioned before, pacing is everything in a marathon and to only find out every 5k how you’ve been getting on isn’t ideal.  Not only that, but I’ve always liked running with kilometre markers, as they tend to come thick and fast – at least at the start of the race.  Mile markers can seem a long way apart, especially towards the end of a race, so you can imagine how 3 miles must feel.  It was also a 2 lap race, which some people don’t like, but I’ve run a few in my time and I don’t mind them at all.  My only concern was for those all-too-far-apart 25k, 30k, 35k and 40k markers, which were not shown on the route map. (I needn’t have worried, as they were there).

There were also 10k and Half marathon races.  The 10k set off 10 minutes before the marathon and followed a completely different route.  But bizarrely, the Half marathon, which covered the same course, set off 10 minutes after.  This meant that 25 minutes into the race, there was a stream of runners zooming passed (hopefully all half-marathoners).  Gradually this would diminish as we neared the half way point (i.e. the end of their race) and I’m still not sure if they were a hindrance, by occasionally cutting me up, or a help, by pulling me along.

So, to the race itself…
I set off at what felt like a ‘good’, though maybe slightly quick, pace.  At the 5k (3.1 mile) marker, my watch confirmed that, at 26 minutes, I was going too fast.  I needed to average 5m 40s per k (or better) to achieve my sub-4 hour target, so this 5m 12s per k was waaay too fast.  So I eased back a bit, but still found that I went through the next 2 checkpoints in 27 minutes each, reaching the 15k (9.3 mile) marker in exactly 80 minutes.  Again, I knew this was too fast, but I felt ok, and I was hoping to get a few minutes ‘in the bag’ for when I would inevitably slow down towards the end.  Indeed my plan/hope was that I would get to a point later in the race where I could divide the time remaining by the distance left and be able to ‘get home’ running at 6m per k.  (This bit of math(s) is far easier than trying to divide, say, 3h 12m by 35*).

I completely missed the 20k marker, but the clock said 1h 52 or 53m as I went back across the start line to start my second lap.  This would have been a respectable Half marathon time, but I knew I had to press on.   Once passed half way, I knew what was coming up of course and I was mentally targetting key points along the route, the 25k marker, the turn at the far end, the bridge across the river and, finally the 35k marker… I stopped at every ‘5k’ drinks station – sometimes twice as the route doubled back passed the same points.  This was a blessing as, despite my best efforts to stay in the shade, the temperature continued to rise.

A lot of the second half is a blur in terms of my times, though I recall thinking that I was still doing around 28 mins per 5k (i.e. on schedule).  I definitely went through bad patches at 27k; then at the far end of the course, where the road climbed to its highest point; also at around 32k, where there was no shade for about 2k, then finally just before 35k…

By now though I was feeling very tired (a plod doesn’t adequately describe my movement – it was more of a controlled fall forward) and I said to Jude on the way passed, at the 37k mark, that “it will be close” (to the 4 hours).  However, I also had another checkpoint coming up at 40k. (I knew exactly where it was, as I’d seen it on my way, along the river).  I told myself that if I could just keep going, the time at that point would determine my fate.  Anything less than 14 mins left (i.e. 2×6 + 2 remember) and I’d surely fail.

I then had a slight ‘wobble’ as I went up the short rise to the embankment by the river (where I stopped for a few moments to regain my breath and composure).  However, I soon continued and went through the 40k mark with around 17 minutes to go.  And, (queue drum roll… we’ve finally got there), I finished in 3h 57m 46.5s.  🙂

Sorry for the long explanation, but any marathon runners reading this will, I’m sure, understand…

The following pictures are firstly of our afternoon in Ascona, then some taken from the hotel (both on Saturday), some of the race (with thanks to Jude for those) on Sunday and lastly some of our trip yesterday (via funicular railway, gondola and sideways chairlift – well, I couldn’t have walked) up to a peak called Cimetta.  From there you can see both the lowest and highest points of Switzerland, i.e. Lake Maggiore (@193m or 633ft) and Monte Rosa/Dufourspitze (@4,634m or 15,203ft). 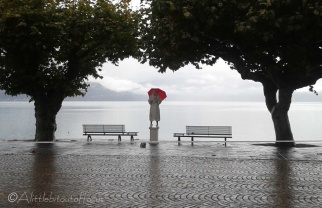 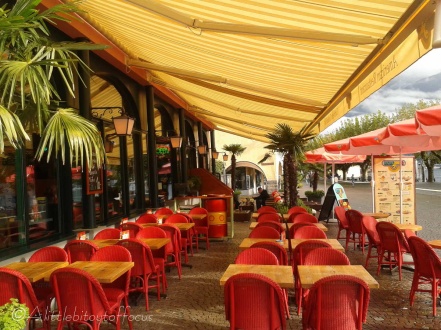 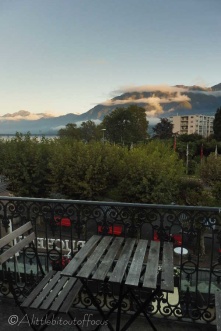 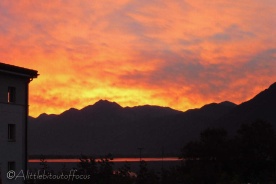 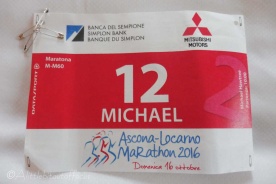 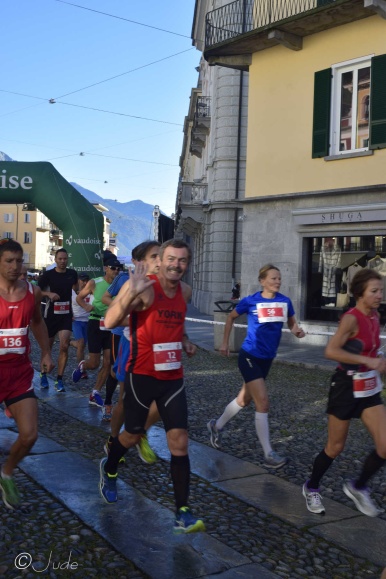 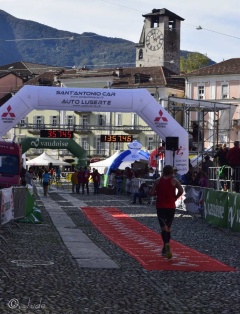 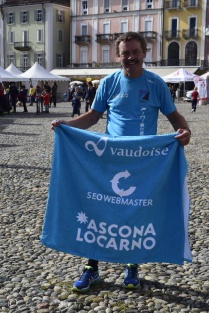 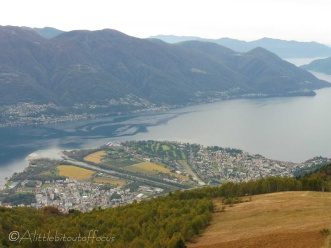 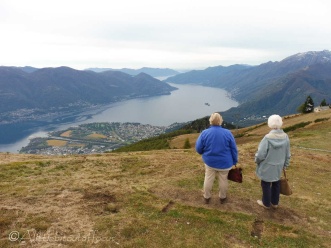 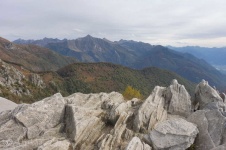 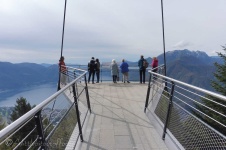