A few miles east of North Berwick, you will find the ruins of the once mighty Tantallon Castle.  It occupies a prominent position overlooking the Forth estuary and the Bass Rock (which, incidentally, is home to tens of thousands of gannets in the summer months).

Originally built in the 1350’s, Tantallon Castle became the seat of the Douglas family and over three centuries it endured three major sieges.  Although you can still walk up some of the stairs and along some battlements, today it stands in ruins thanks to the guns of Oliver Cromwell, who finally ended its days as a residence and fortress in 1651.  Below are some pictures, including an artist’s impression of what it might have looked like in its heyday. 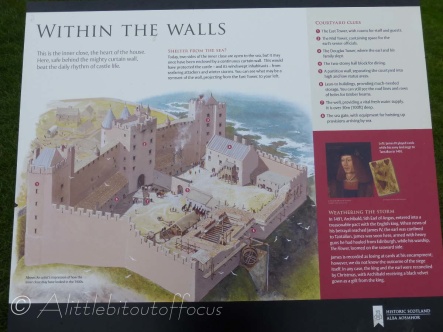 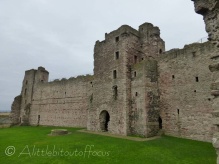 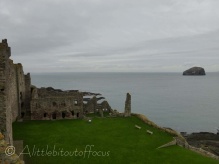 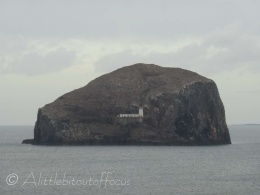