The Pic d’Artsinol is 2,998 metres high, so I guess it’s not surprising that the cross on the top is marked with a line saying 3,000m !  However, anyone ignoring this peak, due to its lack of 2 metres, would be missing out.  Like many ‘smaller’ mountains, it provides incredible views in all directions. Not only are the well known peaks of the Weisshorn, Zinalrothorn, Dent Blanche and Matterhorn visible to the east, but also, to the south west, there’s a fantastic view of the Grande Dixence Dam. At 285m (935 ft) high, it’s the tallest gravity dam in the world. In July and August, walkers can make the ascent a lot easier by taking the chairlift, from Lannaz (@1400m) to Chemeuille (@2100m). 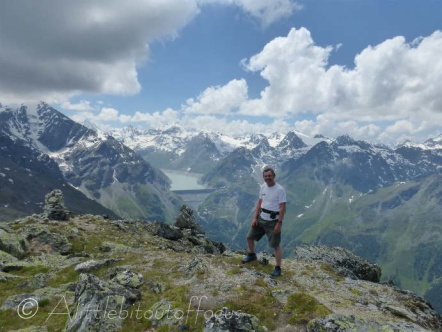 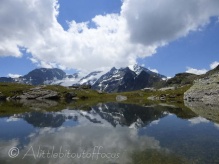 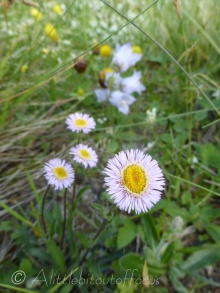